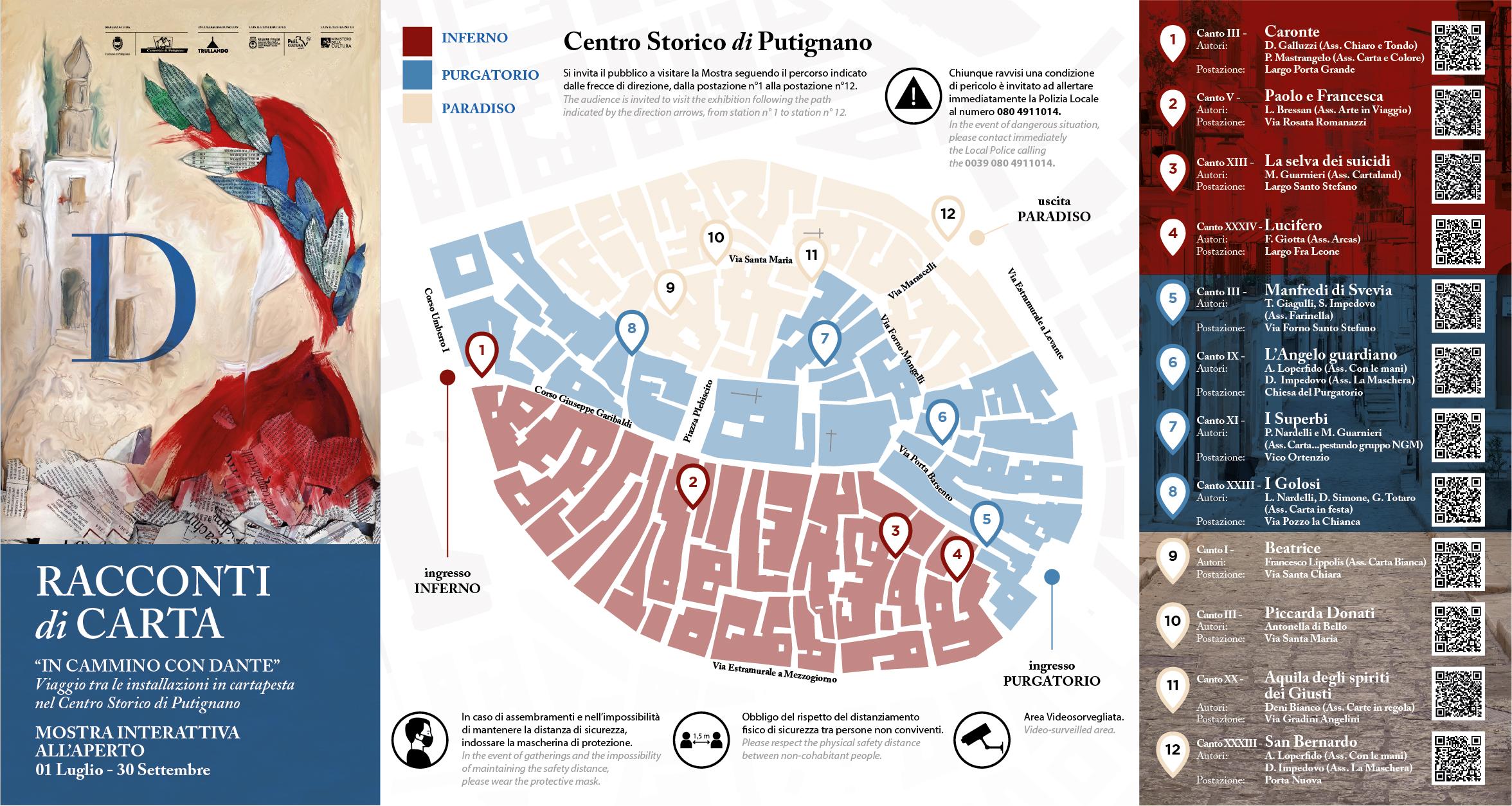 PUTIGNANO PRESENTS ITSELF VIA THE ART OF PAPIER MACHE.

The raw material “newspapers”, keeper of stories and traditions, is combined with the creative local manufacturing ability and presents itself in all its wonder. In the natural destination of beauty expressions.

This is “Racconti di Carta – In Cammino con Dante”, the interactive exhibition in the open organised to celebrate the 700° anniversary of Dante Alighieri’s death. It’s put together in sinergy with the Comune di Putignano and the Fondazione del Carnevale, under the artistic leadership of Dino Parrotta and the project supervision of Mary Adone, Vice President of the Fondazione del Carnevale, and it takes inspiration from the project “Borgo Allegorico” of the Trullando association.

In an experimentation of artistic contamination, sharing and dialogue, the exhibition retraces part of the journey told by Dante, set among beautiful Papier mache installations in the incredibly suggestive Old Town of Putignano.

An immersive and sensorial experience: admiring the works of art, you can at the same time listen to the corresponding Divine Comedy Canto in italian, English and Putignano dialect. And in such a way, rediscovering that “Dante writes about each one of us”.